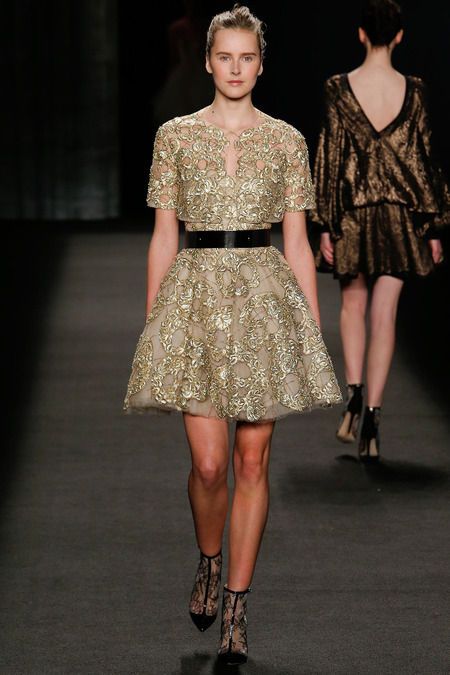 The Monique Lhullier Fall 2014 Collection Hides Skulls in Its Forms

Laura McQuarrie — February 12, 2014 — Fashion
References: moniquelhuillier & style
Share on Facebook Share on Twitter Share on LinkedIn Share on Pinterest
If you only look once at the Monique Lhullier Fall 2014 collection, you’d probably just see how very pretty and feminine it is. But if you were to look at it a second time around, knowing that Lhullier was inspired by skulls, you’d see the collection in a totally new light.

In her Fall garments, Lhullier has cleverly hidden skulls into the embroidery, patterning and details on the fashions. Despite there being pieces that are all black and skulls hiding in plain sight on some of the dresses, they are far from being morbid or dark.

Amidst all the skulls, Lhullier included one angelic gown in a blush color, which provides some light against the dark theme that inspired the collection.
4
Score
Popularity
Activity
Freshness
Get Better and Faster