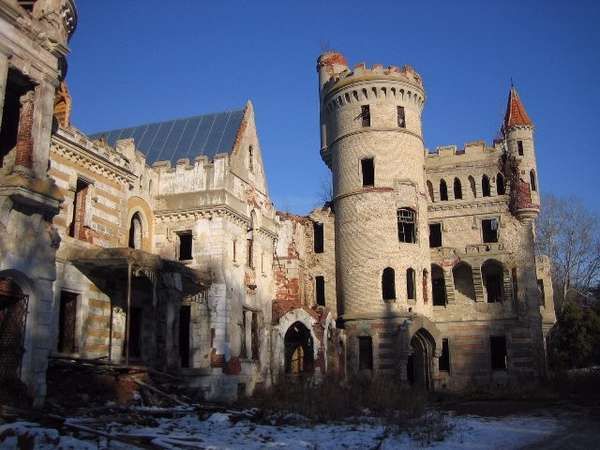 Going Like Sixty — August 3, 2008 — World
References: darkroastedblend
Share on Facebook Share on Twitter Share on LinkedIn Share on Pinterest
Do you believe in ghosts and haunted castles? As regimes fall often the only hint of the opulence of their reign are the left behind, in the form of their castles. For example, Iraq's tyrant Saddam Hussien built impressive structures on the backs of the poor. Of course, he wasn't the first. Communist leaders in Soviet Russia lived high in their heyday as witnessed by the castles left behind to rot.

1.Muromtzevo Masion, between Murom and Vladimir; Khrapovitzky built a real castle as a result of a bet!

2. Beautiful Uspenskoe Mansion, Moscow area, near Zvenigorod: Sergie Morozov, one of the last owners of this castle let many Russian painters live in the house, which now stands in ruins.

3. English-style Vasilievskoe, also near Zvenigorod. Political writer Herzen, â€œfather of Russian socialismâ€ actually lived in this castle for a while which sure has the look of being haunted.