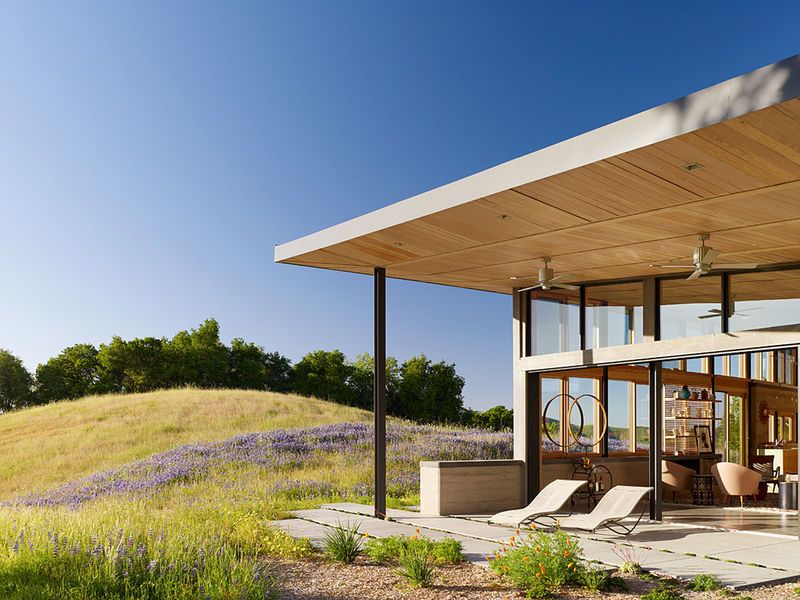 Kalina Ned — April 16, 2018 — Eco
References: feldmanarchitecture & dezeen
Share on Facebook Share on Twitter Share on LinkedIn Share on Pinterest
The Caterpillar House is a modern dwelling designed by American studio Feldman Architecture. The property is situated in a private development near Carmel, California. The Santa Lucia Preserve is an eco-friendly space, thus the team at Feldman Architecture was concerned with land preservation. As a result, only 10% of the 20,000 acres was used for this modern dwelling.

The structural design strongly connects the Caterpillar House with the "rolling hills blanketed with native grasses and dotted with trees." The low-lying modern dwelling commemorates the vast Californian terrain by way of its gently curved walls and highly responsive architectural elements. Of course, the facade of the Caterpillar House is glazed from floor to ceiling in the interest of maximizing the mesmerizing views of the surrounding landscape and nearby ocean.