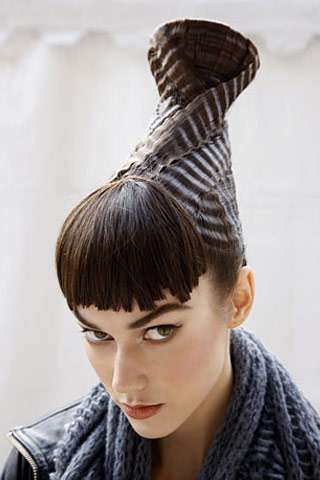 Bianca — December 8, 2008 — Fashion
References: style
Share on Facebook Share on Twitter Share on LinkedIn Share on Pinterest
Don't say goodbye to the gladiator sandal just yet; the look has been heavily revived in Spring 2009 collections (a huge relief to those fashionistas on a budget!) The designers seemed to ignore the recession entirely, flaunting collections that looked as though they'd been delicately blessed by a reincarnation of King Midas.

Fashion week onlookers were swept away, and back in time, to the days of Ancient Egypt, where being draped in golden baubles was the norm. Christian Dior opted for "Nefertiti-chic" hairstyles that rose in dramatic hourglass shapes of crimped hair contrasted with Cleopatra-straight bangs. Ralph Lauren charmed with snake jewelry, while other designers, like Philosophy di Alberta Ferretti, went for a slightly more Roman take with golden-winged breast plates over white gowns fit for a goddess.

While some of these looks may be too dramatic to wear in every day situations, a chic gladiator sandal paired with a white sun dress works wonders, but so does a simple tiny accessory such as a snake armband or necklace. The key to working the look, however, lies in having the poise and confidence of a modern day Hathor, goddess of beauty.
5.6
Score
Popularity
Activity
Freshness
Get the 2023 Trend Report FREE