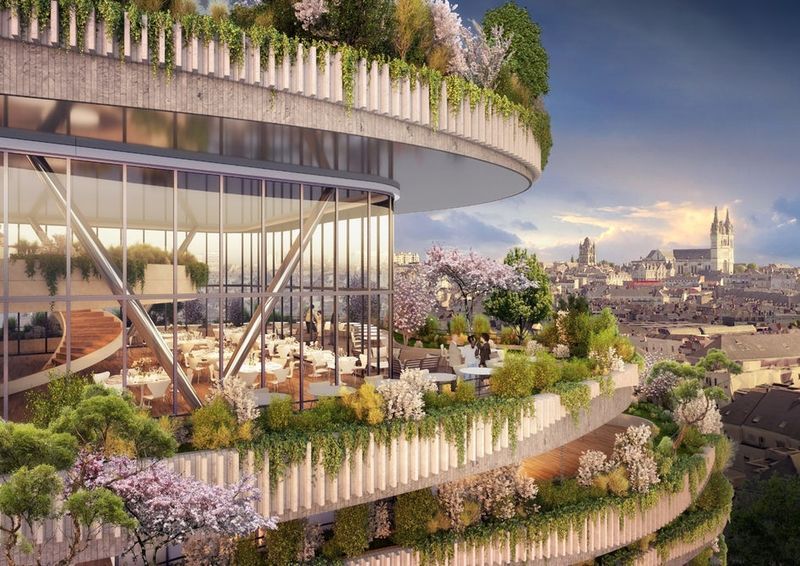 This Mixed-Use Tower Would Produce Fruits and Vegetables

Rahul Kalvapalle — March 22, 2018 — Eco
References: vincentllebaut.org & newatlas
Share on Facebook Share on Twitter Share on LinkedIn Share on Pinterest
In the world of architecture, the name of Vincent Callebaut stands out as one of the pioneers of futuristic and sustainable architecture, and the Belgian architect is continuing to furbish reputation with the introduction of the Arboricole, a high-rise mixed-use tower concept that brings technology and sustainability together with spectacular effect.

Envisioned for the French city of Angers, this mixed-use tower would include a hotel, apartment complex, office units as well as a rooftop restaurant. The building would also feature a curving facade allowing for green balconies, and enough space to allow for thousands of plants and trees to be planted, with residents being encouraged to pick fruits and vegetables from the treets.

While the Arboricole is currently just a concept, it harks at a future where high-density urban living does not have to mean that cities sacrifice on green spaces.