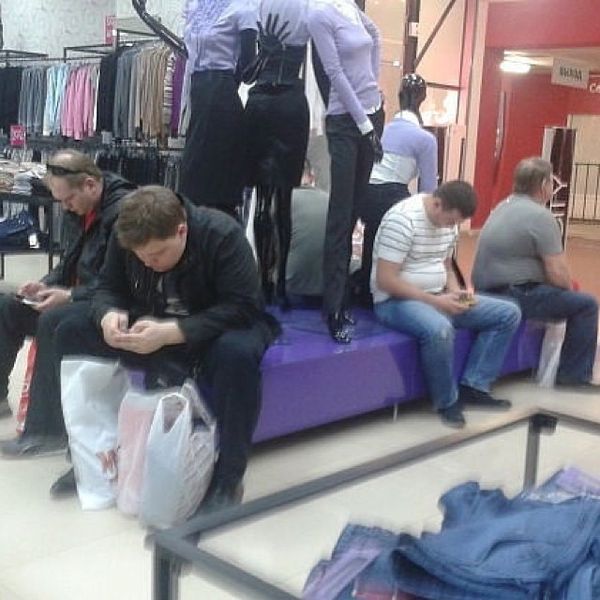 Meghan Young — January 29, 2014 — Fashion
References: instagram & mymodernmet
Traditional wedding vows should really have an additional line introduced that addresses the passive torture women inflict on their men; one such situation is captured in the Miserable Men Instagram series. While women shop 'til they drop, men have already fallen behind enemy lines. Finding whatever refuge they can, whether that means giving up entirely by sprawling on the floor or engaging in a more dignified resting pose on a chair, the Miserable Men Instagram series shows that no matter what action they take, it is futile.

Granted, there are always exceptions to the common sight depicted in the Miserable Men Instagram series, it is hard to deny that this truly is the case more often than not. It can be considered a universal truth.
6.7
Score
Popularity
Activity
Freshness