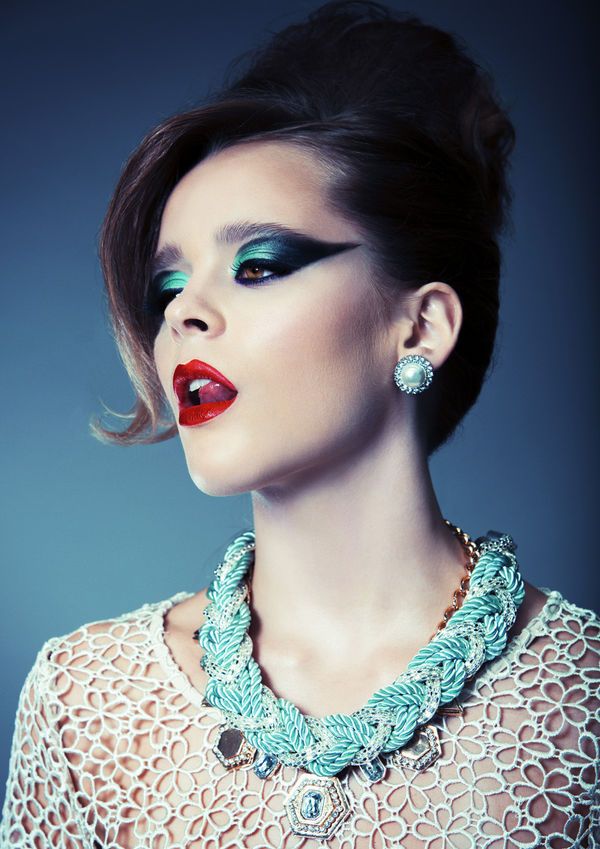 Meghan Young — May 10, 2014 — Fashion
References: jessicahorewood & fashionising
Share on Facebook Share on Twitter Share on LinkedIn Share on Pinterest
The photo series titled Minx by Jessica Horewood, a photographer based in Melbourne, Australia, is full of bold beauty inspiration. As though bringing the 80s and 90s into the 21st century, the vibrant eyeshadows and blush as well as deep red lipsticks really stand out. They are accentuated with equally big and bold coifs courtesy of hair stylist Deanne Leigh, which either come in the form of a sleek beehive or glam glossy curls.

Starring model Alex Cant, Minx by Jessica Horewood was shot in against equally chromatic backdrops. The loud looks were created by makeup artist Tanya Guccione, who also happened to do the manicure that blends metallics with a geometric black and white tip. The beauty looks were perfected with a feminine wardrobe put together by stylist Ramzy Nawzar.
5.1
Score
Popularity
Activity
Freshness
Get Better and Faster