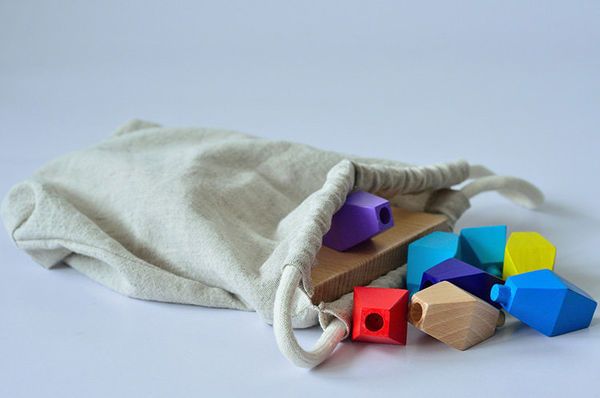 Meghan Young — June 27, 2013 — Life-Stages
References: monotremu.blogspot.ro & fastcodesign
Share on Facebook Share on Twitter Share on LinkedIn Share on Pinterest
Minitremu by Monotremu, a studio founded by an artist couple based in Timisoara, Romania, is a set of high-minded wooden blocks that are much more meaningful than the typical toy. As the artists' state, “Our first idea [for] the wooden toys came some time ago, watching a few kids playing alone in a park, surrounded by a lot of useless and senseless objects."

Inspired by the sculptural work of Constantin Brancusi, Minitremu by Monotremu can take on the form of his Endless Column and Table of Silence. Of course, they can also be played with more imaginatively and abstractly. The couple reveals, "One of our first goals was to de-institutionalize Brancusi and bring him toward a tangible dimension for kids."
1
Score
Popularity
Activity
Freshness
View Innovation Webinars