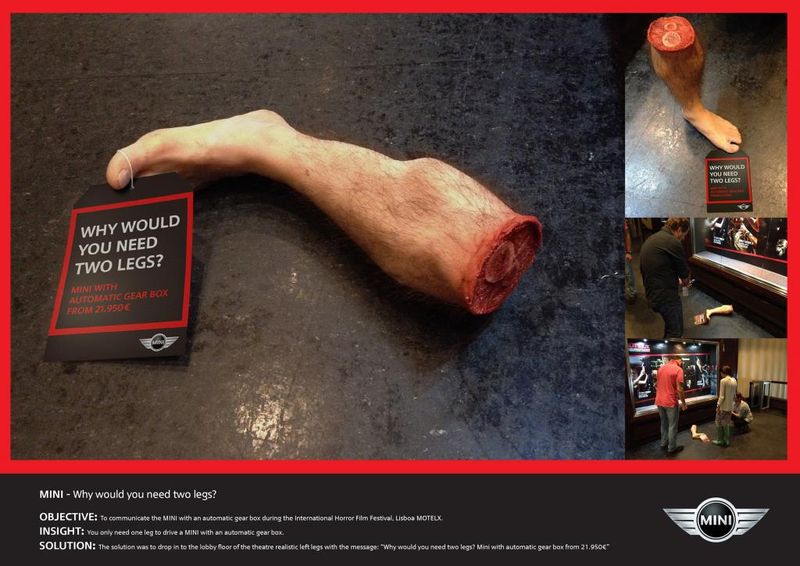 Laura McQuarrie — October 9, 2014 — Autos
References: mini & coloribus
Share on Facebook Share on Twitter Share on LinkedIn Share on Pinterest
This unique Mini Cooper advertising stunt wouldn't fit in anywhere else but the International Horror Film Festival, so it's oddly perfect for the event. Advertising the car's automatic gear box, the ad takes the form of a severed leg, with a toe tag that reads: "Why would you need two legs?"

Since the Mini Cooper's automatic gear box means that you only need one leg to drive, a replica of a useless, hairy leg was dropped off in the lobby of the event, causing curious horror fans to go and check out the out-of-place limb. Considering that it's also just about Halloween, this spooky ad is pretty spot on, although it would probably freak people out if it was displayed anywhere other than inside of the International Horror Film Festival.
5.9
Score
Popularity
Activity
Freshness
Access Advisory Services