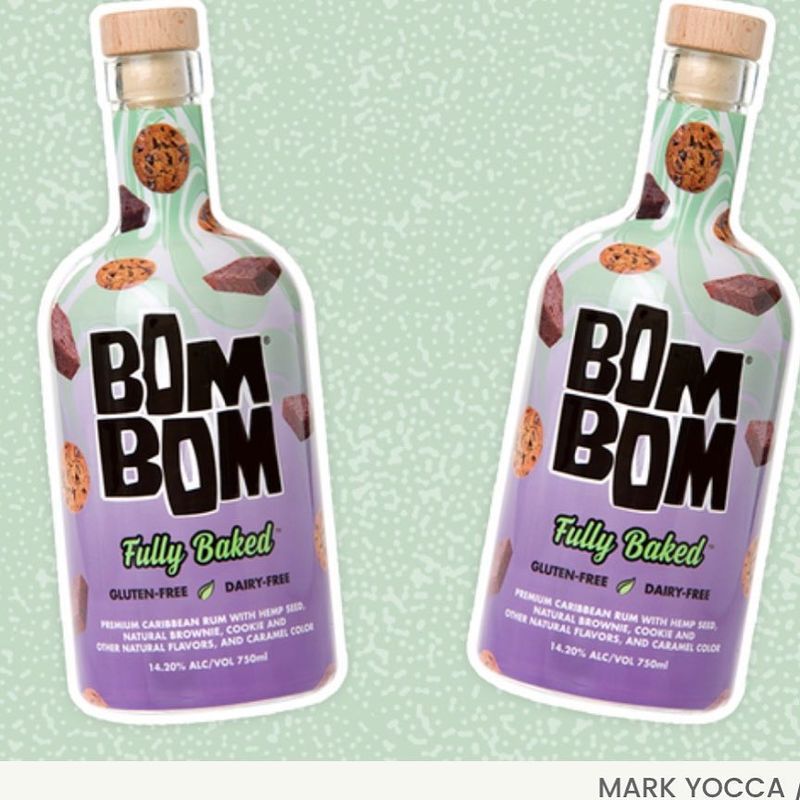 Laura McQuarrie — May 31, 2018 — Lifestyle
References: drinkbombom & instagram
Share on Facebook Share on Twitter Share on LinkedIn Share on Pinterest
Bom Bom Brands is introducing its newest creamy vegan milk liqueur as "the very first alcohol product to be made with hemp milk." The new flavor, 'Fully Baked,' gets its name from a similarly named non-dairy ice cream product from Ben & Jerry's, Half Baked, which was recently released in a vegan-friendly formula.

The ice cream-inspired vegan liqueur boasts the indulgent flavors of Caribbean rum, cookies and brownies and shows off the benefits of hemp milk as an alternative to dairy—including the fact that is boasts fewer calories, fat and more product stability.

As a growing number of non-dairy milk and ice cream products are emerging, there is also a demand for vegan-friendly cream liqueurs. Bom Bom Brands is out to prove that dairy is not necessary to making a great-tasting product, as its vegan Nilli Vanilli Almondmilk liqueur was recognized in 2017 by the International Review of Spirits as the Best Cream Liqueur, despite it containing absolutely no real cream.
2.1
Score
Popularity
Activity
Freshness
Access Advisory Services

Almond Creme Liqueurs
This Liqueur by Almondaire is Dairy-Free, Gluten-Free and Vegan