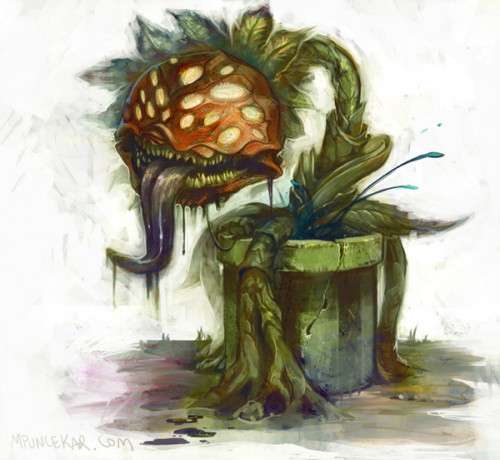 Meghan Young — July 6, 2011 — Pop Culture
References: mpuncekar.blogspot & neatorama
Artist and illustrator Mike Puncekar has decided to give certain Super Mario characters some nightmarish makeovers. Considering that he has focused mainly on the bad guys in this pop culture video game, I think he has done this fantasy world some justice. Why should the bad guys be as cute and cuddly as the heroes? Mike Puncekar definitely doesn't agree with that and I concur.

By creating creepier versions of Super Mario's enemies such as that of Spiny, Goomba, Whomp King and Pokey, Mike Puncekar really lets their true colors shine through. Fit for any horror film, there is a realistic nature to each of Mike Puncekar's illustrations, even though we know that these creatures do not actually exist. I especially like his techniques, which almost have a watercolorlike finish.
6.3
Score
Popularity
Activity
Freshness