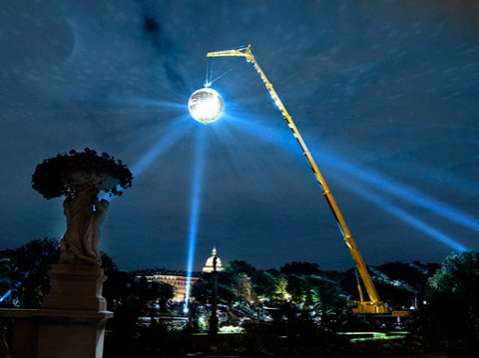 Robyn Currie — January 13, 2010 — World
References: micheldebroin.org & lifelounge
The French win. Seriously, they have everything. Great food, hot men and women, and the Michel de Broin disco ball. You may be wondering what that is, basically it is the greatest party starter ever created.

Created for Paris’ Nuit Blanch, the 7.5 meter ball featured over 1000 mirrors, and was suspended over the city with a crane. When hit with lights from all sides, the Michel de Broin disco ball reflected light upon the city in a way that can only be described as fairytale-esque.
2.4
Score
Popularity
Activity
Freshness