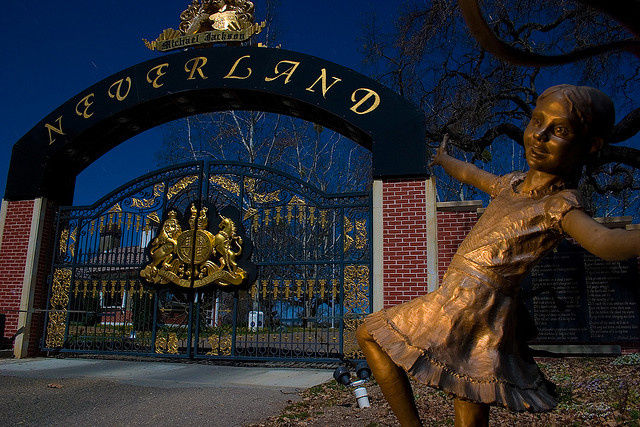 Riley von Niessen — January 11, 2017 — Fashion
References: vice
Share on Facebook Share on Twitter Share on LinkedIn Share on Pinterest
Michael Jackson's Neverland Ranch has been closed since 2003, after the late singer was accused of molesting children who he invited to visit it. Since he considered the reports against him to taint the positive association he had with the property, the late singer allowed it to go into foreclosure a short while later.

Since that time, Michael Jackson's Neverland Ranch has gone uninhabited, however the many statues and paintings that decorate it remain largely intact. Four anonymous photographers explored the premise years after it was abandoned and shared the images with Vice, in addition to providing them with an interview. The images that resulted have an eerie essence to them, with dark shadows, lonely scenes and the creepiness of what's said to have happened there combining to generate this effect.
7.1
Score
Popularity
Activity
Freshness
Get Better and Faster