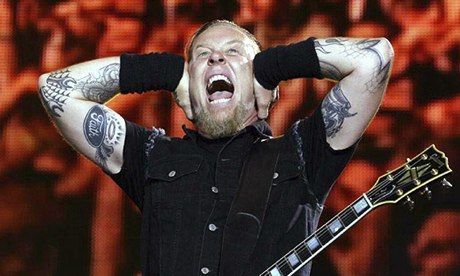 This Icy Metallica Concert Will Be Held in Antarctica, Without Amps

Laura McQuarrie — November 3, 2013 — World
References: metallica & theguardian
Share on Facebook Share on Twitter Share on LinkedIn Share on Pinterest
For this upcoming Metallica concert, the band is looking to do a lot of things for the first time. Currently, Antarctica is the only continent that the band hasn’t played, but this is just one aspect of what will make this extremely remote concert a truly unique one.

On December 8th, Metallica will be performing for a group of contest winners at Carlini, Argentina’s Antarctic research base. The band will play without the use of amps and transmit sounds to the audience through headphones. Even if you’re unable to be part of this once-in-a-lifetime event, this icy Metallica concert will be live-streamed on Coca-Cola.tv and Coca-Cola.fm.

As The Guardian speculates, the reason that this Coca-Cola Zero-sponsored music event is being played without amps is likely to save the band from having to bring extra equipment to such a remote location. Either way, this would be an interesting concert to tune into.
2.7
Score
Popularity
Activity
Freshness
View Innovation Webinars