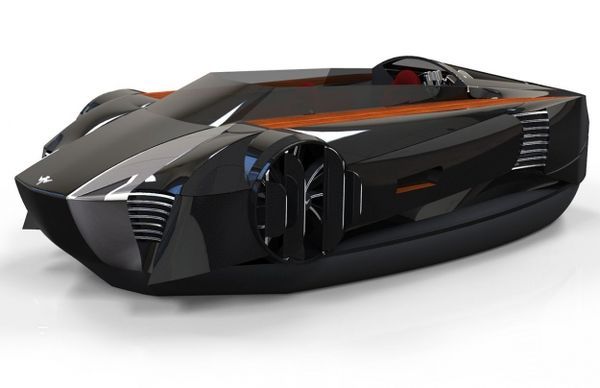 The Mercier-Jones Hovercraft Will Be a Reality in May

Laura McQuarrie — April 14, 2014 — Autos
References: mercier-jones & veryfirstto
Share on Facebook Share on Twitter Share on LinkedIn Share on Pinterest
Now that it's nearly the end of the month and April Fool's Day has long been left in the dust, you can be sure that the announcement of the Mercier-Jones hovercraft coming into reality is no joke. It's been a couple of years since the hovercraft vehicle was first introduced, but now, there are more details on the futuristic vehicle, including its price tag of about $75,000 and its release, set for May.

The mighty vehicle is being called the "Ferrari Of The Seas," capable of reaching speeds of up to 80mph. However, the speedy hovercraft is also said to be able to conquer a variety of land terrain in addition to water.

The sleek Mercier-Jones Supercraft takes inspiration from iconic speedsters like the Bugatti Veyron, Maserati Gran Tourismo and the Audi R8, and boasts a ton of other impressive features on its interior.
1.9
Score
Popularity
Activity
Freshness
View Innovation Webinars