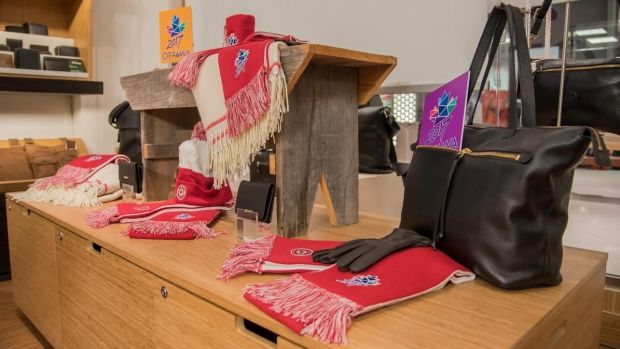 Katherine Pendrill — September 1, 2016 — Fashion
References: rootsinformation & cbc
Share on Facebook Share on Twitter Share on LinkedIn Share on Pinterest
Ottawa recently teamed up with Roots to create special merchandise for Canada's 150th birthday celebration. With everything from red and white toques to rustic leather bags, the new collection gives consumers a stylish way to celebrate the anniversary of Confederation.

Back in January, Roots co-founder Michael Budman visited Ottawa to reveal the new merchandise for Canada's 150th birthday. The collection includes scarves, hats, jackets and bags, all of which are branded with the Canada 150 logo. Plans are also in the works for T-shirts, blankets and other accessories that will be sold in Ottawa and in some Asian cities, such as Beijing.

As one of the country's most beloved homegrown retailers, Roots' 150th anniversary collection allows the brand to embrace its Canadian roots, while also giving consumers a new reason to support the brand.
4.5
Score
Popularity
Activity
Freshness
View Innovation Webinars