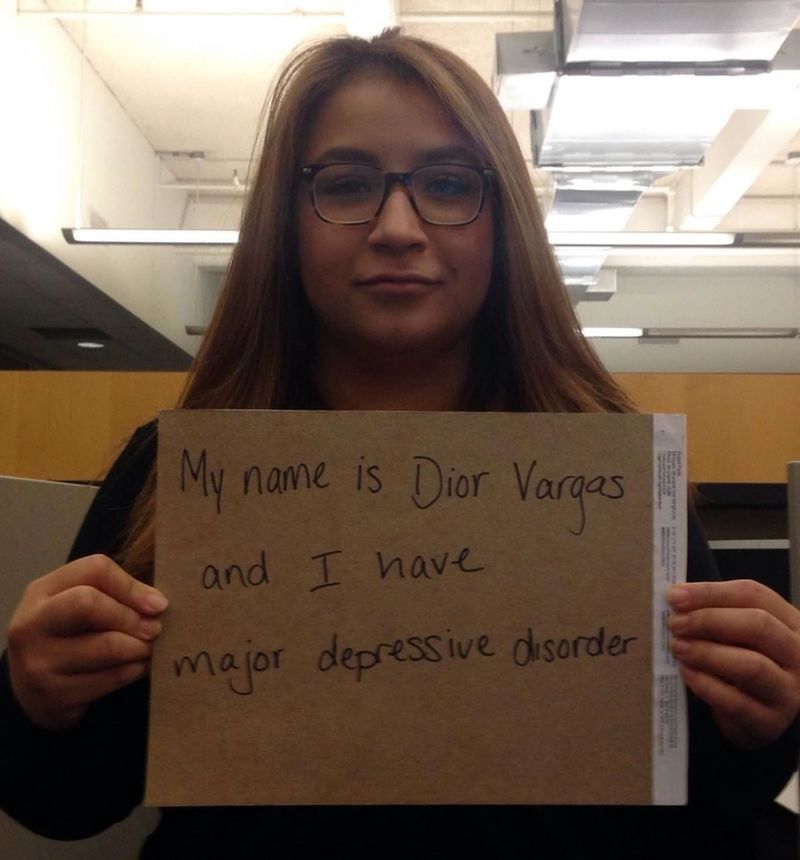 The photo project came out of Vargas' discovery that people of color and people with mental illness are not adequately represented in various media. While it is easy to go online and read tons of article about people with depression and other mental illnesses, the subjects of these articles are often not easy to relate to if you're a person from a visible minority.

This is where the series comes in. It consists of photos of people holding up signs introducing themselves, their ethnicity and what mental illness they're struggling with. Anyone can submit photos to this effect on Vargas' website, ensuring that the photo series and the important conversation it's prompting continue to grow.