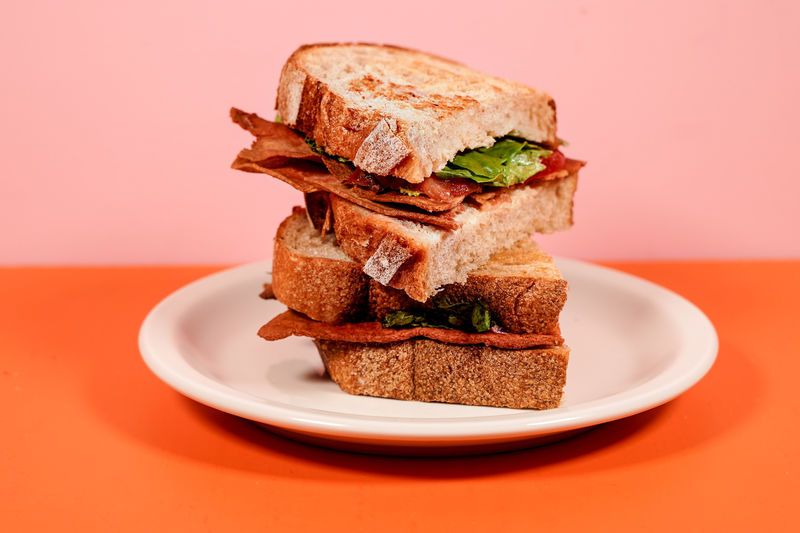 Laura McQuarrie — February 13, 2020 — Lifestyle
References: primeroots & prnewswire
Share on Facebook Share on Twitter Share on LinkedIn Share on Pinterest
Prime Roots created a product voting initiative an invited its community to determine the high-protein meatless product it would produce—unsurprisingly, bacon came out on top and the brand dropped a limited number of packs of its plant-based, meatless and all-natural Prime "Bacon." The Prime Roots product is hand-sliced and naturally smoked, as it was created to recreate the look, taste and qualities of bacon without the actual meat. As the product is made with just a few simple ingredients like koji, water, coconut oil and konjac, as well as a few other essentials, it is free from nitrates, antibiotics and hormones.

The versatile bacon alternative boasts the brand's sustainable, high-protein Superprotein, which boasts the meaty texture and umami texture of the Japanese superfood koji.