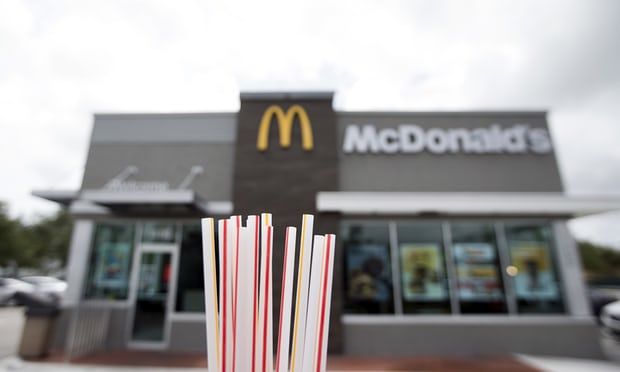 UK McDonald's Straws Will Be Swapped for Eco-Friendly Alternatives

Chayeanne Garvida — June 19, 2018 — Eco
References: news.mcdonalds & cbc
Share on Facebook Share on Twitter Share on LinkedIn Share on Pinterest
In an effort to reduce plastic pollution in the United Kingdom and Ireland, it's reported that McDonald's straws will be swapped for paper alternatives. Louise Edge, a campaigner with Greenpeace U.K., said this type of change anticipates a potential government ban of single-use plastics in the future.

Straw bans such as this have been put it place to reduce plastic pollution in the ocean, which can harm wildlife and natural ecosystems. The benefit of paper straws is that they disintegrate, making them less harmful to the environment. McDonald's plans to test out other alternatives for plastic straws in its restaurants in France, Sweden and Norway.

Collapsible Reusable Straws
The Finalstraw is Sustainable and Convenient