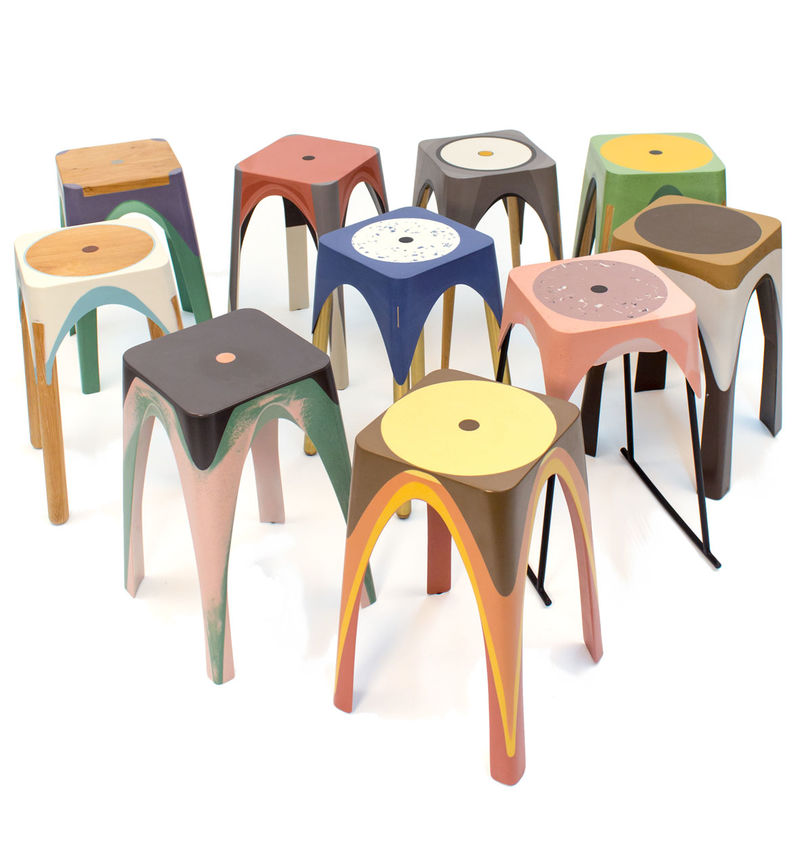 Matter of Motion by Maor Aharon is Full of Artistic Differences

Meghan Young — April 16, 2016 — Art & Design
References: maoraharon & design-milk
Share on Facebook Share on Twitter Share on LinkedIn Share on Pinterest
Matter of Motion is a collection of stools made out of polymer resin. Yet the layered look of each individual stool makes them look as though there were made out of rainbows or something else just as magical and colorful. Instead, they were formed by centrifugal force in order to achieve each unique design.

Designed by Maor Aharon, who hails from Jaffa, Israel, the Matter of Motion collection is quite interesting in its scope. For instance, one mould made ten different stools, some with wood and metal legs inserted during the production process. The designer shares, “'Matter of Motion' was motivated by two main guidelines: firstly, create new aesthetic characteristics that represent the concepts of freezing the moment, control vs. freedom, and the memory of production process; secondly, be a 'one-man production line.'"
3.1
Score
Popularity
Activity
Freshness
Get the 2021 Trend Report FREE