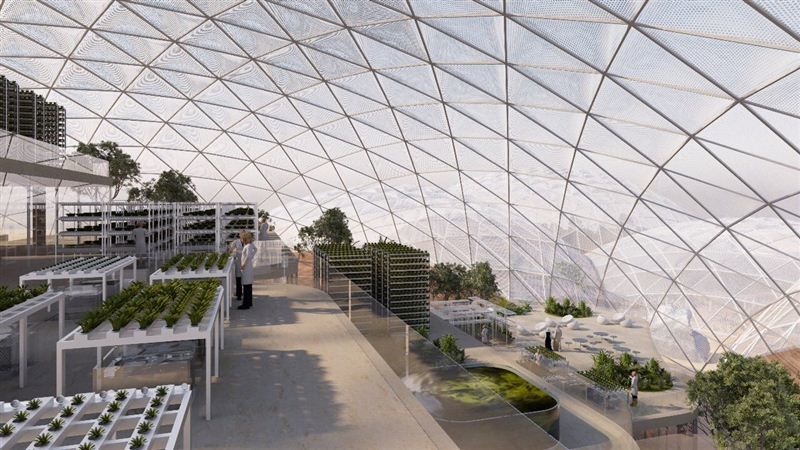 Joey Haar — October 2, 2017 — Tech
References: mediaoffice.ae & digitaltrends
Share on Facebook Share on Twitter Share on LinkedIn Share on Pinterest
The Mars Science City shows just how imminent travel to the red planet is slated to be in the relatively near future. The concept would create a massive simulation of Martian terrain here on Earth, giving scientists a large-scale area for studying the various practices humans will need to cultivate while living on Mars.

Mars Science City will be located outside Dubai, a city brimming with futuristic endeavors. The project is expected to cost $135 million, and it will cover 1.9 million square feet. The enclosed space, which will be covered by 3D-printed material made from Emirati desert sand, will include labs for food, energy, and water, giving scientists room to study and improve upon the existing techniques for sustaining human life on the hostile planet.

The project has been undertaken with the hopes of attracting some of the top scientific minds to the area.
1.8
Score
Popularity
Activity
Freshness
Attend Future Festival