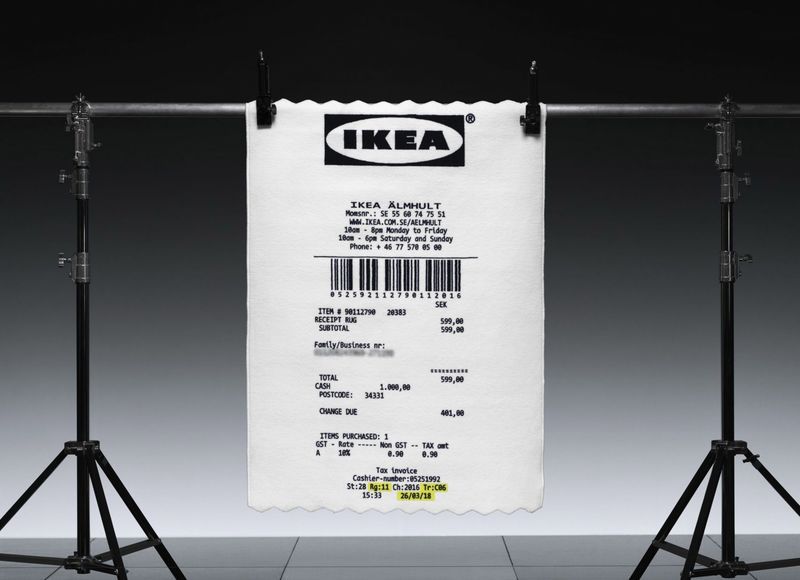 IKEA Collaborated with Virgil Abloh for the Markerad Collection

Joey Haar — June 7, 2018 — Art & Design
References: dezeen
Share on Facebook Share on Twitter Share on LinkedIn Share on Pinterest
Not that any consumer would feel compelled to considering the high-quality, attractive pieces, but if there were some sort of problem, consumers would have an easy time returning the items from IKEA's upcoming Markerad collection. That's because the collection, which was designed in collaboration with Virgil Abloh, features a giant receipt rug as its centerpiece.

Abloh and IKEA's rug design is an exercise in metathinking. The rug is indeed designed to look like a receipt from IKEA, including things like store hours and location (for IKEA's flagship in Sweden), a barcode, and monetary figures. Those figures reference the price of the Markerad receipt rug itself, making it a mind-bending example of the kind of self-referential tongue-in-cheek that IKEA has come to be known for.
3.7
Score
Popularity
Activity
Freshness
Get Better and Faster