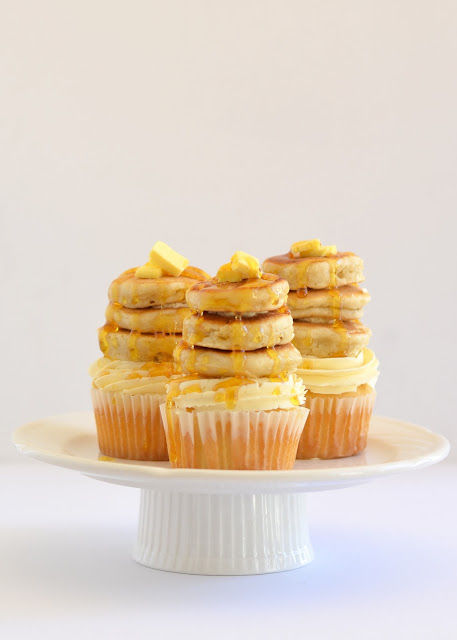 Meghan Young — January 3, 2014 — Lifestyle
References: themoonblushbaker.blogspot.ar & neatorama
Share on Facebook Share on Twitter Share on LinkedIn Share on Pinterest
Since flapjacks have a dessert-y air about them, it is only natural that the Maple Pecan Cupcakes with Buttermilk Pancakes would be more appealing than strange. As its name completely gives away, it is a maple-flavored cupcake topped with three fluffy pancakes. Adorably delicious-looking, they are perfected with some pecans.

Baked by Belinda of The Moonblush Baker, who is based in Sydney, Australia, the Maple Pecan Cupcakes with Buttermilk Pancakes is inspired. What makes this recipe particularly special, at least according to Belinda, is the fact that they revolves around American style pancakes, not English ones straight from the bottle. Although, what would take them to the next level is some Nutella and bacon as per Neatorama's suggestion. Of course, that would be a completely different dessert altogether.
1.9
Score
Popularity
Activity
Freshness
Attend Future Festival