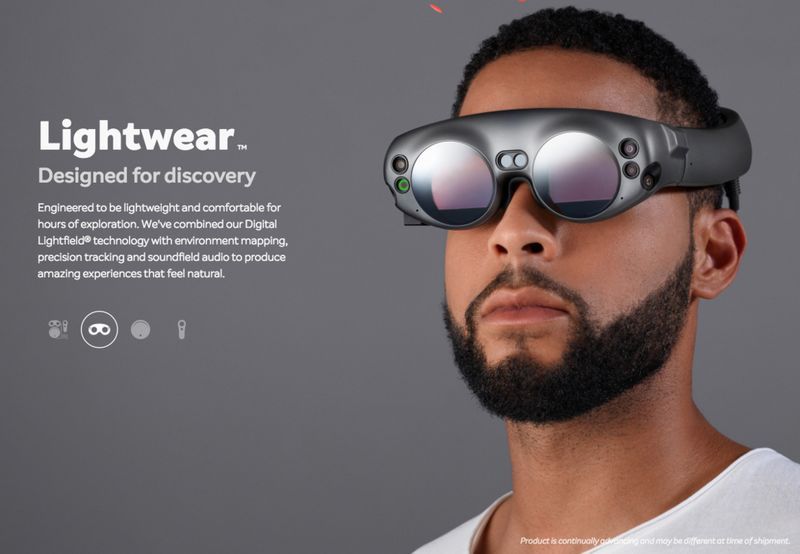 The 'Magic Leap One Creator Edition' are the Company's First Product

Joey Haar — December 21, 2017 — Tech
References: magicleap & amp-businessinsider-com.cdn.ampproject.org
Share on Facebook Share on Twitter Share on LinkedIn Share on Pinterest
For years, Magic Leap has been one of the most famous companies in the tech industry, and with the release of the Magic Leap One Creator Edition, people finally know what the hype is all about. The product family consists of a pair of AR glasses called 'Lightwear'; a lightweight, belt-worn computer called 'Lightpack' that powers the glasses; and a force-controlled, haptic feedback remote for operating the system simply named 'Control'.

Magic Leap has long been an anomaly in tech business circles. Until now, the company had kept its product almost entirely obscured from the public eye. Reports held that the product related to VR and AR technologies, but little more was known than that. There are hundreds of companies working on VR and AR, but what created the mystique around Magic Leap was its popularity with investors. Despite no one even knowing what the company had to offer, it succeeded in raking in nearly $2 billion in funding.

Considering those massive investments, commentators and consumers alike will be anxious to see what the Magic Leap One Creator Edition can do.
6.6
Score
Popularity
Activity
Freshness
Jeremy Gutsche Keynote Speaker