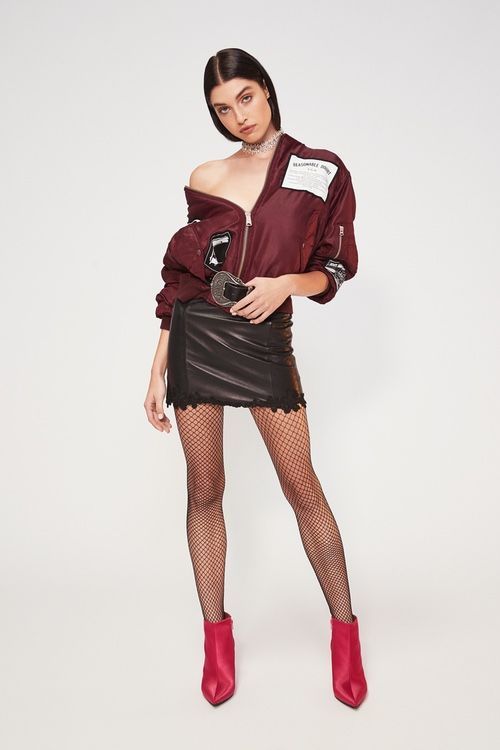 The collection, which consists of bomber jackets, camouflage button-ups, distressed pullovers, tees, and tanks, features graphics and patches that celebrates some of the musician's greatest successes throughout his long career. For example, one bomber jacket has a graphic on the back of it that references 'Dead Presidents,' a 1996 track that's remained popular since its release. Above this graphic, a 'Reasonable Doubt' patch is included, which references the rapper's 1996 studio album.

All of MadeWorn and Roc96's Jay Z collection can be found at REVOLVE, where it's being sold exclusively.
5.9
Score
Popularity
Activity
Freshness
View Innovation Webinars