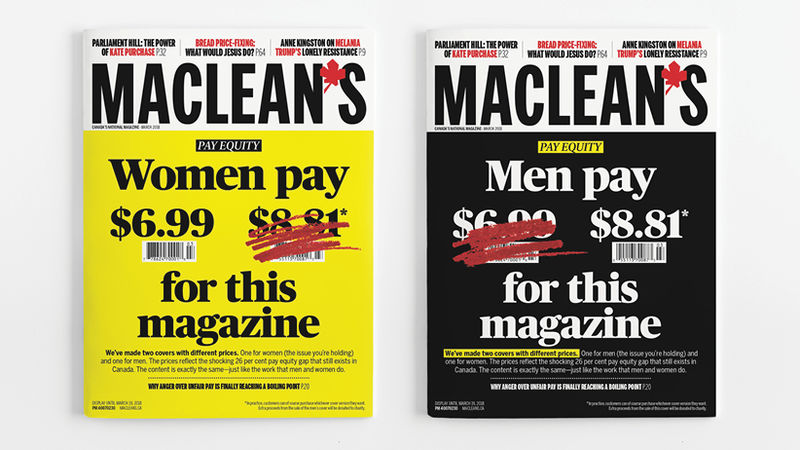 Laura McQuarrie — February 9, 2018 — Pop Culture
References: macleans
To highlight the prevalence of the wage gap between men and women, Maclean's magazine is asking men to pay 26% more for its latest issue.

The newest Maclean's magazine has been created with two different covers, including one that states women will pay $6.99—regular price—while a second cover sheds light on "26% gap between full-time wages paid to men and women in Canada" by asking men to shell out $8.81 for the publication.

Over the years, particularly on Equal Pay Day in April, a number of stunts have emerged to shed light on income inequality around the world. Like Maclean's, others have created everything from imbalanced cakes to coloring books to remind of the pay gaps that persist across multiple industries between male and female employees.