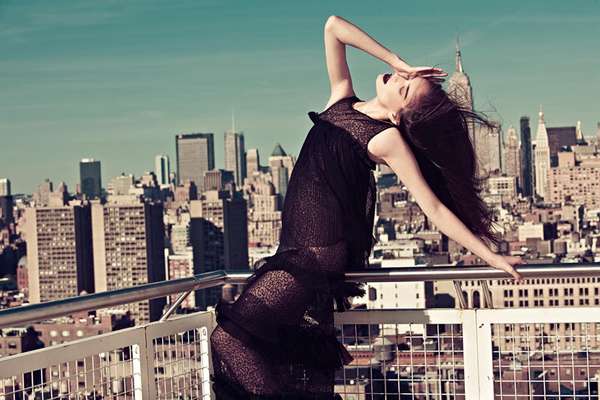 Meghan Young — December 6, 2011 — Fashion
References: ronyshram & fashiongonerogue
It might not be winter in the Mackenzie Hamilton Harper's Bazaar Vietnam photo shoot, but the dresses featured throughout would be perfect for those holiday parties creeping up for those living in the Northern Hemisphere. In fact, each of these dresses has a decidedly holiday feel about them. From sparkling sequins to shiny metallics and soft feathers, the pieces are feminine, festive and full of sensuality.

Shot by fashion photographer Rony Shram for the magazine's December 2011 issue, the Mackenzie Hamilton Harper's Bazaar Vietnam photo shoot was styled by Phuong My. He dramatically draped Hamilton in designs from such fashion houses as Valentino, Alexander McQueen and Elie Saab. Her hair was by Riad Azar with makeup by Walter Obal.
3.9
Score
Popularity
Activity
Freshness