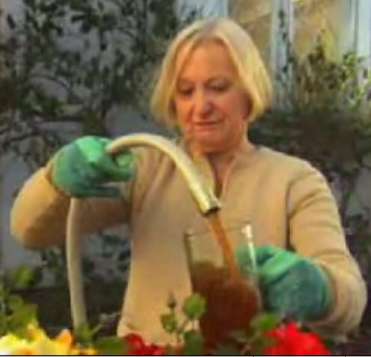 Under the slogan, "You'll never know if you don't go," Lufthansa has created a series of clips from around the world that poke fun at the cultural associations people have of countries around the world. The campaign is designed to entice people to check it out for themselves in a fun and interactive way.

To encourage consumer involvement, the airline has launched RumorTravels, a video contest that asks people to submit a short clip or story of rumors from foreign countries. The winner will get two round-trip business class tickets to any Lufthansa destination in Europe.

The site then takes these rumors and debunks them, constantly updating to keep you culturally informed.

A few real examples from the site:
Paris - "Rumor has it that Paris is the city of love. True romance is everywhere - whether you're in the metro or even in jail. Wanna find out?"

European Beaches - "The Europeans are very open about their bodies, and many choose to go topless on the beach. There are those who would have you believe this is an exciting opportunity to see some nudity, but years spent topless in the sun leads to a whole lot of body wrinkles!"

Italy - "I have often heard the myth of the Latin Lover and his aggressively open appreciation of beautiful women, but I assumed that it was a gross exaggeration. But on a trip to Italy I learned that all of the rumors are true!" He explained how the blonde he was traveling with was hounded by men on the streets, and whistled at by passing scooters, adding that Rome was by far the worst.

If you think you can concoct a great story or video rumor, you better submit quick -- the contest closes October 31.

For shear entertainment, check out some of the video submissions: