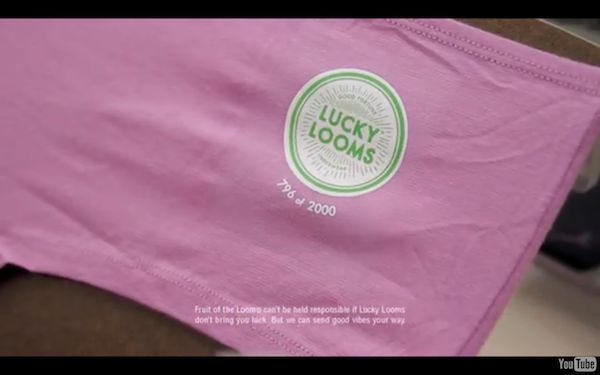 'Lucky Looms' Brings You the Legitimate Luckiest Underwear in the World

Most of us have heard of lucky underwear; some may have them for a specific event of the week, but the problem is whether you know if they're actually lucky. Fruit of the Loom has cleverly come up with an advertising strategy that involves them traveling to the ends of the earth and back to infuse over 2,000 pairs of underwear with actual luck.

The video starts the luck-infusion process in Illinois and passed every single pair of underwear through a horseshoe to infuse it with luck. They then went to Nevada, to the winged figures of the Republic, widely regarded as one of the ten luckiest places in America; they rubbed the underwear on the statues. The next stop was LA, California, tossing the garments into a lucky well.
3.2
Score
Popularity
Activity
Freshness