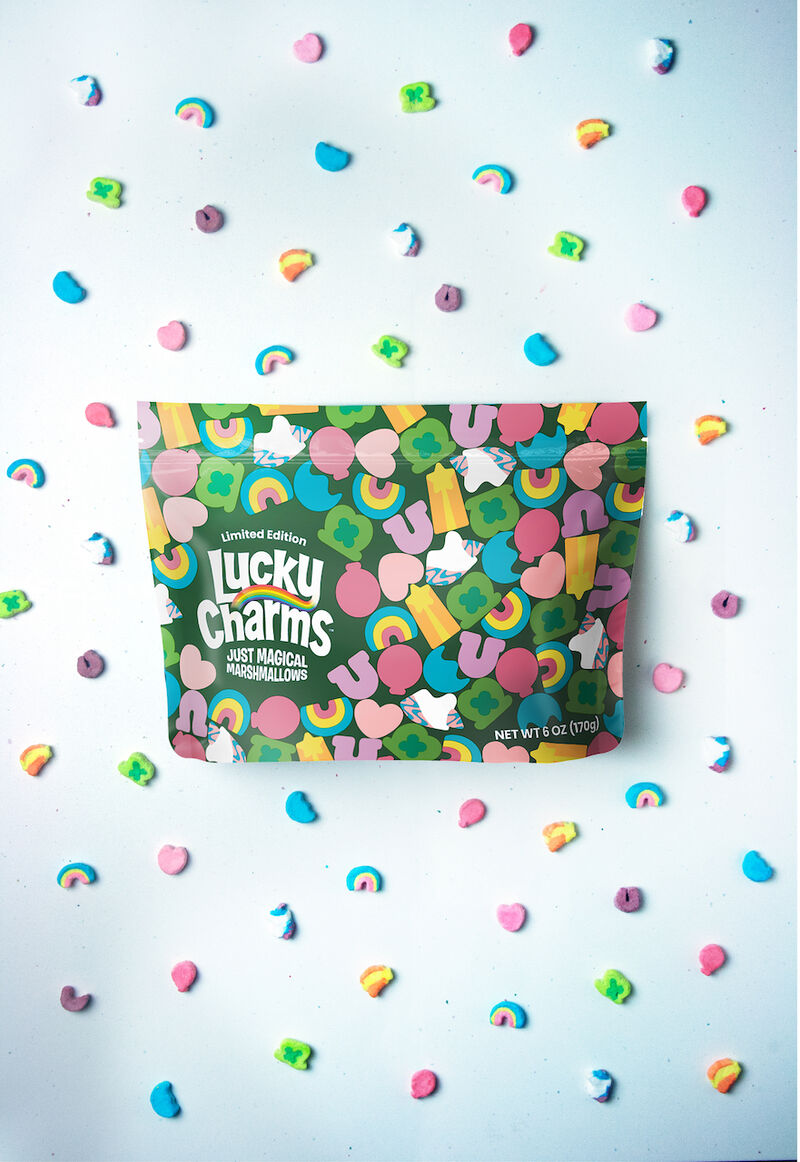 Laura McQuarrie — August 24, 2020 — Lifestyle
References: GeneralMills & businesswire
Share on Facebook Share on Twitter Share on LinkedIn Share on Pinterest
Those who love the marshmallows most in a bowl of Lucky Charms cereal will take delight in the fact that Lucky Charms is introducing a marshmallow-only snack. The first-ever marshmallow-only pouches, officially dubbed, Magical Marshmallows, follow the story of the special cereal charms losing their powers and the only hope for restoring their magic was to sing a special Lucky Charms song: “Hearts, Stars, and Horseshoes. Clovers and Blue Moons. Unicorns, Rainbows, and Tasty Red Balloons!" Families, superfans and celebrities joined in and helped to make the marshmallows come back even better than before.