44 Ways You Can Fake It
Next
Set of
Related
Ideas 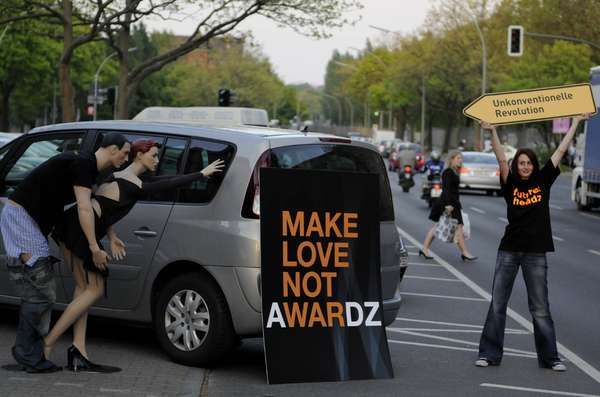 futureheadz — April 29, 2009 — Naughty
References: futureheadz
Share on Facebook Share on Twitter Share on LinkedIn Share on Pinterest
Two dummies pretending to have sex on the streets were staged as part of a guerrilla campaign titled, “Make love not Awards.’ They were placed around Germany’s capital to make a statement to guests of the Art Directors Club-Award Show in Berlin on April 25, 2009.

The aim of the creative agency, future:headz was to take all the focus on away from awards in the advertising world, and put it on creativity instead.

Hiring Fake Crowds
Queues for Hire at McDonald's in Japan