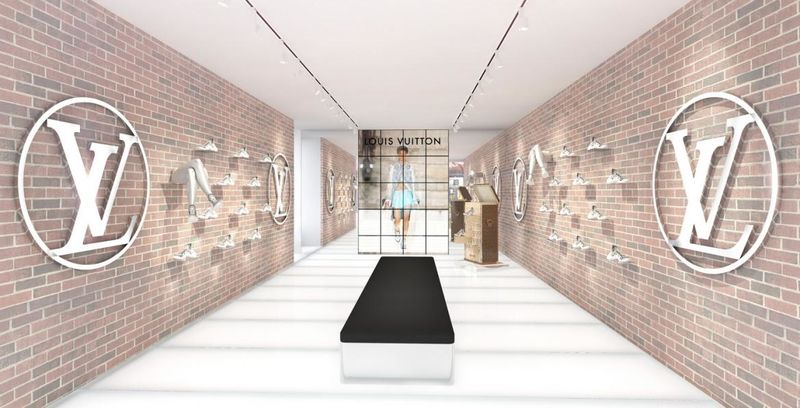 Laura McQuarrie — February 9, 2018 — Fashion
References: louisvuitton & luxurylaunches
At Paris Fashion Week, Louis Vuitton debuted an unusually shaped sneaker called the 'Archlight' that is now being called "the sneaker of the season"—as such, the fashion house is opening a pop-up footwear store devoted entirely to the Louis Vuitton Archlight.

At the NYC pop-up space, Louis Vuitton fans will have the chance to get at the new designer shoes in seven different colorways, as well as an ultra-exclusive all-black style that will only be available on-site.

Across the world of high fashion, brands are releasing shoes with discordant materials and chunky soles, creating a surge in the popularity of so-called "ugly" sneakers. The Louis Vuitton Archlight gets its distinctive shape from basketball shoes of the 90s.