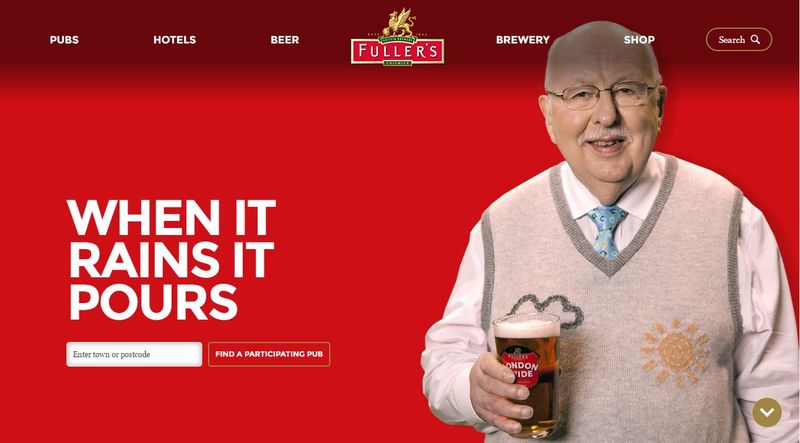 London Pride Brewery is Giving Away Free Beers During Precipitation

Joey Haar — February 9, 2017 — Lifestyle
References: fullers & thedailymeal
The London Pride Brewery has had a bar in the English capital for decades. As such, it knows that Londoners are especially apt to stop in for a quick draught when the weather turns inclement. Fostering that all too understandable habit, the brewery has unveiled a campaign called #WhenItRainsItPours, in which it'll be giving away free pints to anyone who stops by while it's raining in London.

To announce the campaign, London Pride Brewery enlisted Michael Fish, the now-retired weatherman best known for his run on the BBC. The brewery created a goofy video with Fish, whose deadpan plays perfectly for announcing such a jovial contest.

To redeem one's free pint, people need to follow the London Pride Brewery Twitter account and periodically check in to their Periscope feed to see whether its raining. If it is, users tweet at the account and they'll receive a code that lets them redeem the pint at the brewery.
3.1
Score
Popularity
Activity
Freshness