Boobs as a Paint Brush 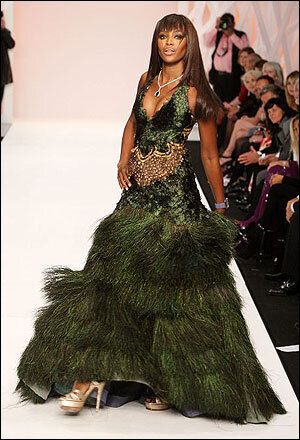 As you might expect, behind the scenes Naomi Campbell reigned over the chaos, which involved Olympic medal winners, entertainers, TV personalities and all the support crews.

Implications - Naomi looked stunning in her outfits even though she stated "Iâ€™ve eaten too much, but I donâ€™t care. I love food," right before the show. In the end over Â£100,000 pounds were raised for charity. The event was full of fun and the models didn't take their jobs too seriously as they happily strutted down the runway.
2.3
Score
Popularity
Activity
Freshness
View Innovation Webinars