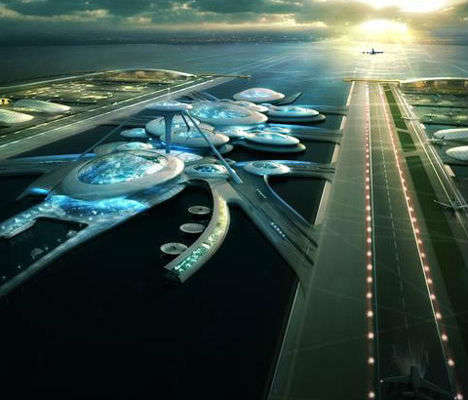 The London Britannia Airport Will Have Underwater Tunnels

The international architecture firm Gensler just recently unveiled the plans for the new floating airport, which utilizes some of the only remaining space left in the city to build. The airport is planned to be built on the Thames River and will feature a series of rounded pods that connect to the four floating runways. The airport will be anchored to the sea floor and a series of underwater tunnels would connect travelers back to central London.

This London Britannia airport will help boost London’s airport capacity in southeast London. Furthermore, plans for the current airport are already in motion to develop a new green neighborhood that will house 300,000 residents and 200,000 workers.