Pizzeria on Antique Wheels
Next
Set of
Related
Ideas 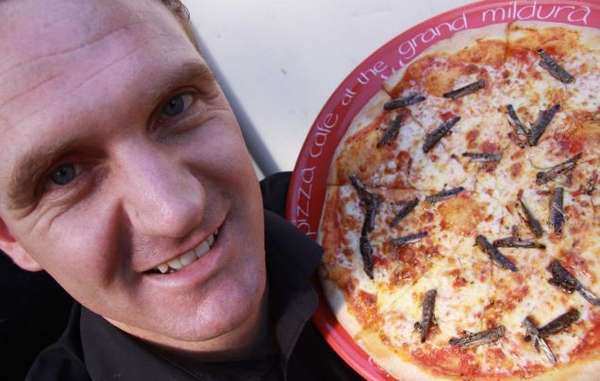 manzil — April 21, 2010 — Lifestyle
References: metro & express
Share on Facebook Share on Twitter Share on LinkedIn Share on Pinterest
You would probably like to try the locust pizza topping that is becoming a surprise hit at Joe Carrazza's cafe in Victoria, Australia. The idea of locust pizza topping came from Glenn Milne, the mayor, to git rid of the locust epidemic, which has endured for many years in the town.

Since then, Joe Carrazza is cashing in with his new menu. According to him, it is easy to collect locusts in the city--he goes out, collects them and puts them into the oven to create locust pizza topping.

Glenn Milne describes, "They’re crunchy and tasty. They seem to go well with all the toppings. I might have them even when the plague is over."
3.9
Score
Popularity
Activity
Freshness
View Innovation Webinars

Two in One Utensils- The Pizza Pro