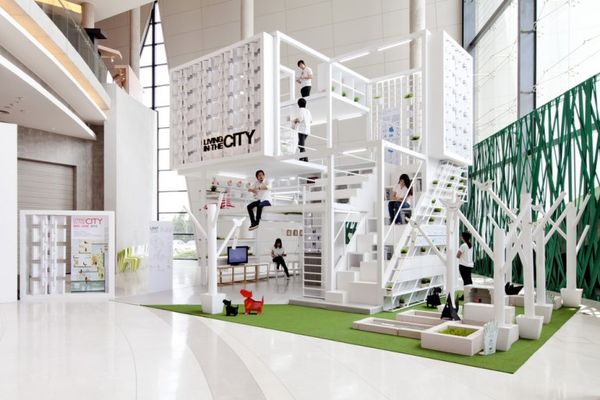 The Thai design studio has created a multi-floor living space measuring only 1,044 square feet. Living in the City packs a lot into such a small space, including a kitchen, master bedroom, full bathroom, a closet, a vertical garden and a loft. Almost all of the furniture that makes up the project is multifunctional, with the stairs serving as storage cubbies and the walls doubling as planters.

Living in the City by Apostrophy's is all about using space to the fullest. Designers and architects have recently begun to tackle this problem as more and more people are flocking to cities around the world. Rather than have people make do with already-existing small spaces, these creatives are finding ingenious ways to use what little space is available.
2.8
Score
Popularity
Activity
Freshness
Attend Future Festival Virtual