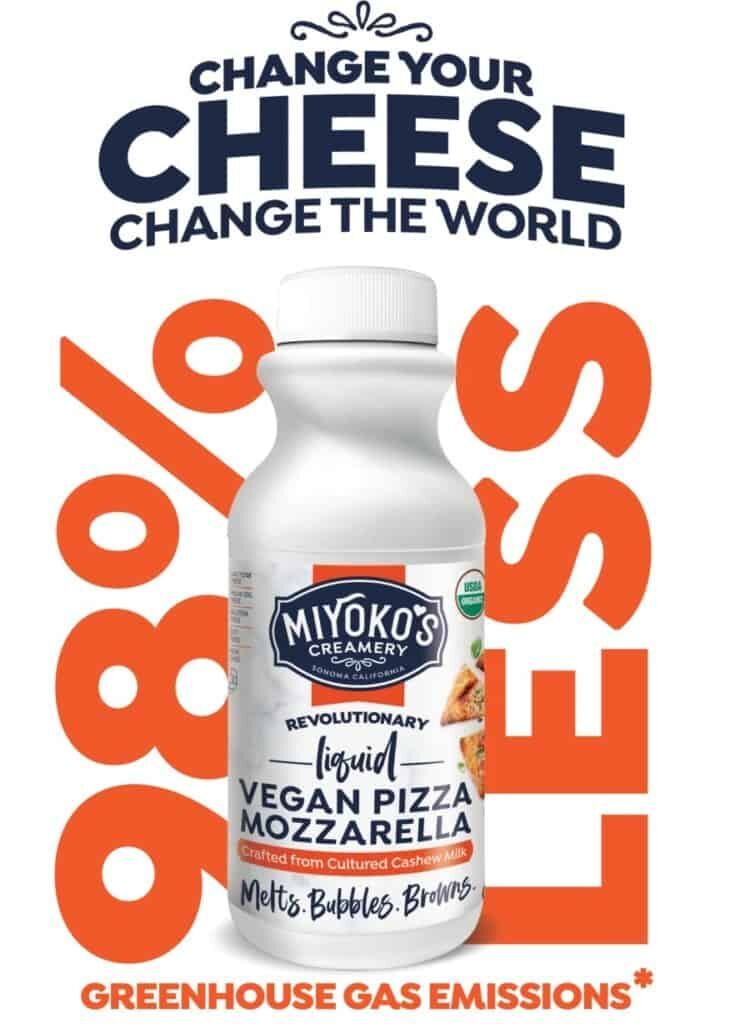 According to Miyoko's founder, Miyoko Schinner, the company "threw away the rule book to revolutionize vegan pizza cheese," creating an entirely liquid product made through fermentation using organic cultured cashew milk. Rather than creating a standard block of plant-based cheese, Schinner and his team opted to ditch the harmful additives and instead created a highly malleable product that is can "melt bubble, and brown" just like actual cheese.