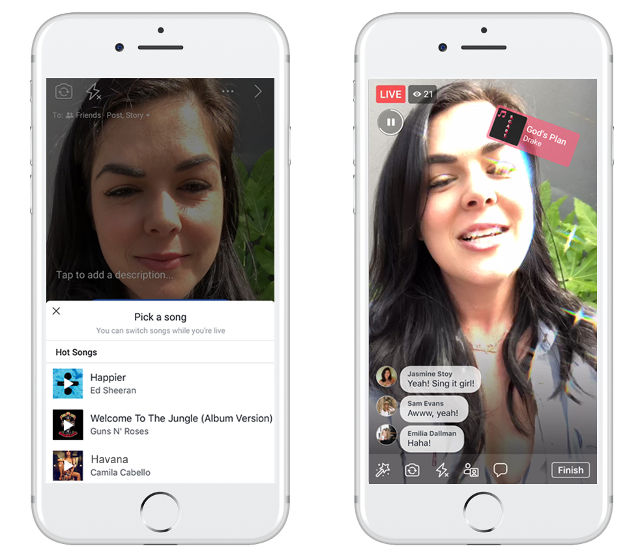 Justin Lam — June 7, 2018 — Pop Culture
References: techcrunch & engadget
Facebook's new Lip Sync Live feature is perhaps one of the most fun things the social media giant has ever rolled out. The new feature works with Facebook's camera effects and includes hundreds of songs in its selection, including favorites from classic artists like Guns N' Roses as well as modern hits like Havana by Camila Cabello, Happier by Ed Sheeran and God's Plan by Drake. The Lip Sync Live feature will also allow users to apply filters and backgrounds to their recordings, as well as allowing users to add their own personal description for their video.

Unlike other lip-syncing apps, Lip Sync Live allows users to put on a show in real-time because of integration with Facebook's live video features. Facebook is currently in the process of rolling out this feature and is working with record companies to allow users to upload videos with copyrighted songs.