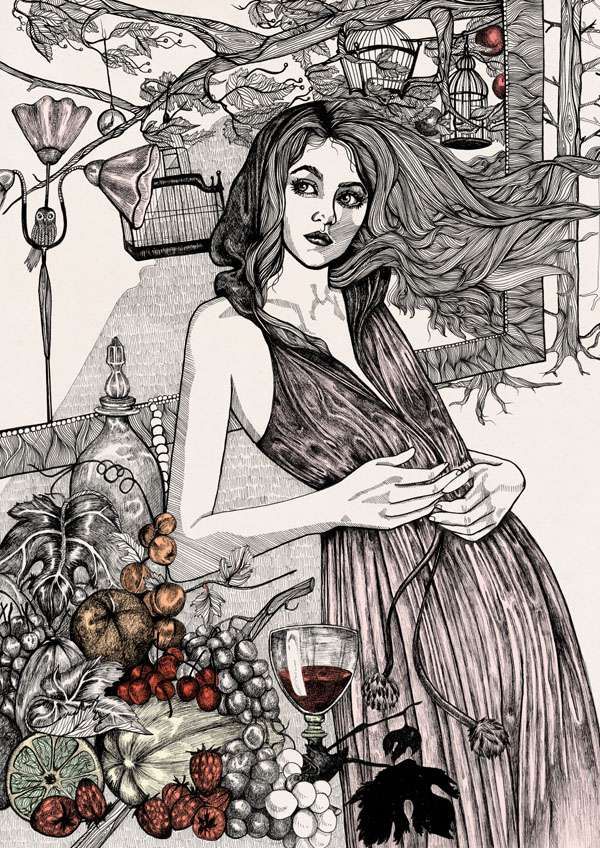 Jason Soy — January 8, 2012 — Fashion
References: behance.net & inkwings.tumblr
Share on Facebook Share on Twitter Share on LinkedIn Share on Pinterest
The ladies in these Lindalovisa Fernqvist illustrations are evocative of people you encounter on trendy city streets. Their whimsical summery styles do much to illuminate their personalities, but they also act as the perfect vessel for Fernqvist to demonstrate her idiosyncratic drawing style that’s highly meticulous and detailed.

Rather than simply shading in shadows, Lindalovisa Fernqvist often draws in multiples lines of various lengths and spacing to define value. Not only is this task tedious, but Fernqvist does it in such an organic way that you’d never suspect her dexterity let up during the making of each illustration. She even draws in the lines of each section of hair, emulating the individual strands. It may not be incredibly difficult to replicate Fernqvist’s art style, but with the amount of effort and time involved, I’m sure imitators will think twice before copying her work.
5.7
Score
Popularity
Activity
Freshness
View Innovation Webinars