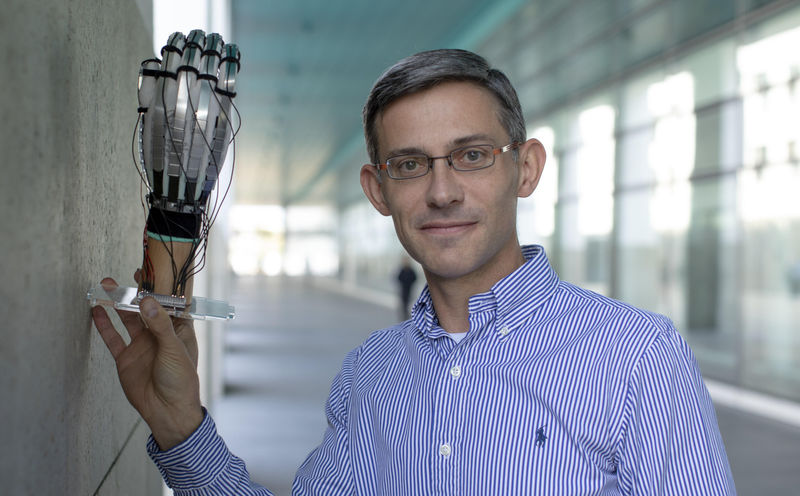 Justin Lam — October 23, 2018 — Tech
References: actu.epfl.ch & engadget
Haptic feedback is slowly being introduced into the VR gaming world, but these new lightweight VR gloves actually let users feel objects in the virtual world. Designed by a group of scientists from EPFL and ETH Zurich, these lightweight VR gloves claim to "provide extremely realistic haptic feedback." Unlike other VR gloves, this example doesn't feature a bulky exoskeleton or heavy components allowing it to be incredibly comfortable and easy to wear for long periods of time.

Known officially as 'DextrES,' these lightweight VR gloves are made of nylon and are just 2mm thick. To provide haptic feedback, the gloves produce a voltage to the finger wires, causing them to stick together. This sensation makes the fingers think they're holding something or touching a physical object.