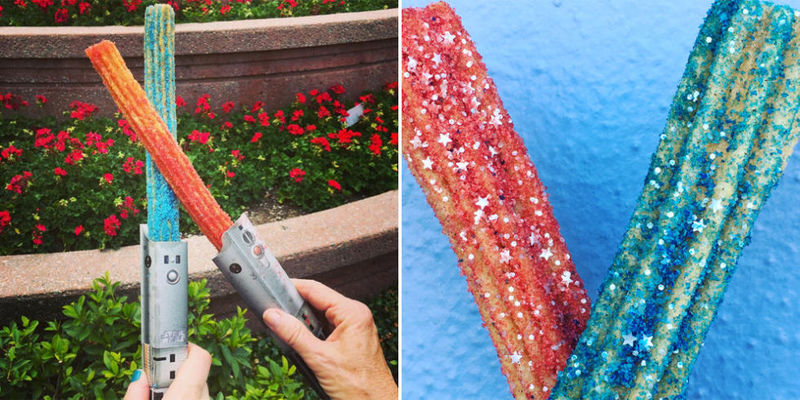 These Galactic Lightsaber Churros are a Huge Hit at Disneyland

Mary Van Puymbroeck — May 12, 2017 — Lifestyle
References: disneyfoodblog & delish
Disneyland now has an out of this world treat with its lightsaber churro.

The lightsaber churro is a fun way to celebrate the 40th anniversary of 'Star Wars.' Throughout the month of May, Disney should have more exciting limited-edition products available to celebrate the franchise.
4.4
Score
Popularity
Activity
Freshness

Sci-Fi Anniversary Sweets
These Dr. Who Cupcakes Were Made For the Shows 50th Anniversary