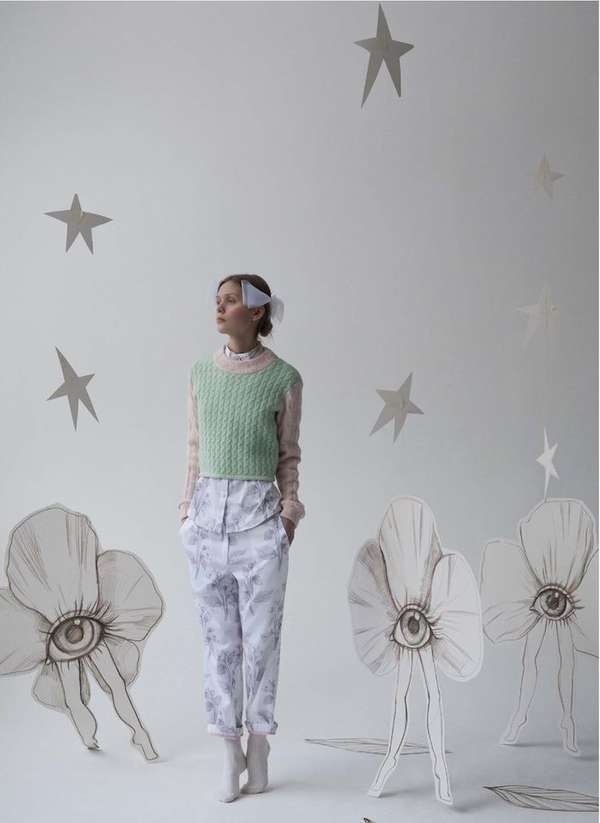 The Lesia Paramonova 2013-14 Collection is Inspired by Uniforms

Meghan Young — May 6, 2013 — Fashion
References: lesiales.tumblr & stylebubble
Share on Facebook Share on Twitter Share on LinkedIn Share on Pinterest
Simple, whimsical and childlike, the Lesia Paramonova 2013-14 lookbook captures the charm of innocence that the fashion designs evoke themselves. Considering that they were inspired by the uniforms worn by Soviet teenage school girls, the direction the designer took is more than appropriate. Juxtaposed with a fantastical woodland theme, the line is sure to cast a spell on just about anyone.

With girly flourishes in the forms of bows, stockings and pinafore detailing, the Lesia Paramonova 2013-14 lookbook incorporates imagery of plants merging with animals to round off the surreal theme. The designer writes, "It is, in some way, nostalgia on an image of the Soviet school student, but changed and passed through a prism of modern perception."
2.8
Score
Popularity
Activity
Freshness
Get Better and Faster