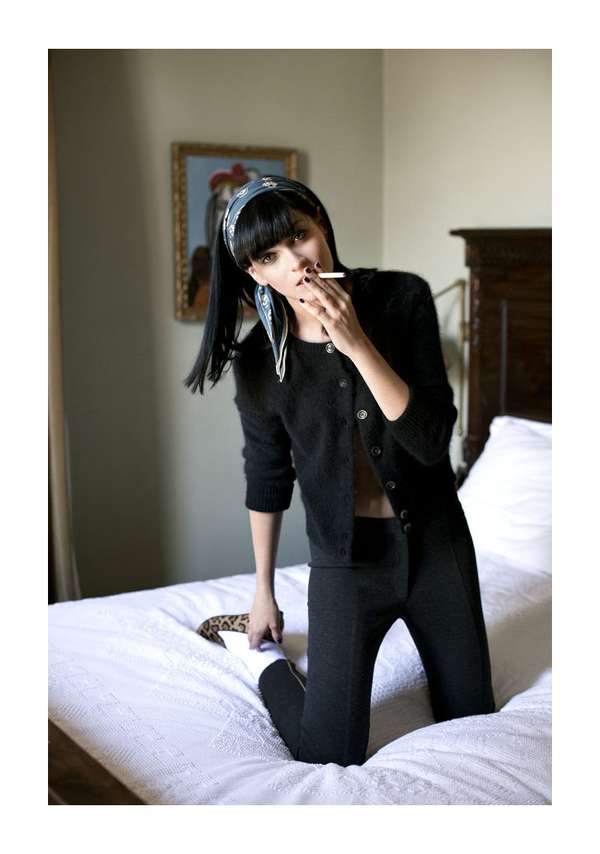 Jordan Sowunmi — August 2, 2011 — Fashion
References: urbanmagazine.it & fashiongonerogue
Maybe it's just me, but looking through the Leigh Lezark Urban July August 2011 editorial makes me want to get off my ass and get to a gritty urban city center as soon as possible.

Shot by accomplished New York City photographer Peter Ash Lee, the Leigh Lezark Urban July August 2011 editorial is the epitome of big city cool. Lezark is a DJ, a model, and member of the major promoter/DJ trio the Misshapes. In this shoot, she effortlessly effuses the Big Apple swagger that men and women around the world spend years trying to emulate.

Lezark is a veteran of major fashion editorials. She has appeared on the cover or inside the pages of publications like V Magazine, Nylon, New York Magazine, and Vanity Fair.

My favorite capture of the editorial features Lezark outside in a genuine boho-uniform -- jean jacket, bangs, and black onesie -- looking downwards in a dejected and disaffected manner. The shot perfectly encapsulates the smokin' hot swagger that the editorial is built on.
4.3
Score
Popularity
Activity
Freshness