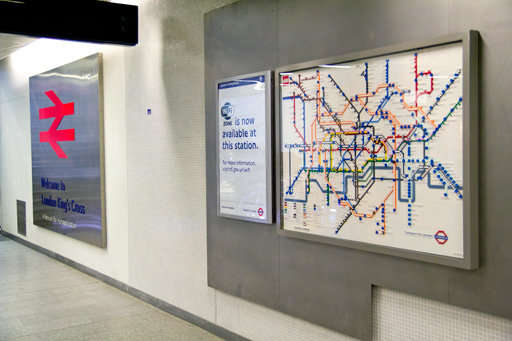 Alexander Lam — June 16, 2013 — Art & Design
References: digitalartsonline & laughingsquid
Share on Facebook Share on Twitter Share on LinkedIn Share on Pinterest
In order to commemorate the 150th anniversary of the London Underground, the organization commissioned five LEGO maps made completely from the toy brick. Currently, the maps are locked up in glass cases and on display in the South Kensington, Piccadilly Circus, Green Park, Stratford, and King’s Cross stations.

Using around 1000 LEGO pieces per map, artists created maps that chart the history of the London Underground. The five tube maps were made in order to show the subway's progression through time. The first map starts in 1927 and the last is a projection of what the underground should look like in 2020.

Though extremely fun and creative, the maps serve little practical use. The maps that do not the reflect present day train network are of little use to passengers.
2.1
Score
Popularity
Activity
Freshness
Access Advisory Services

Hidden Images in Maps
Animals On The Underground