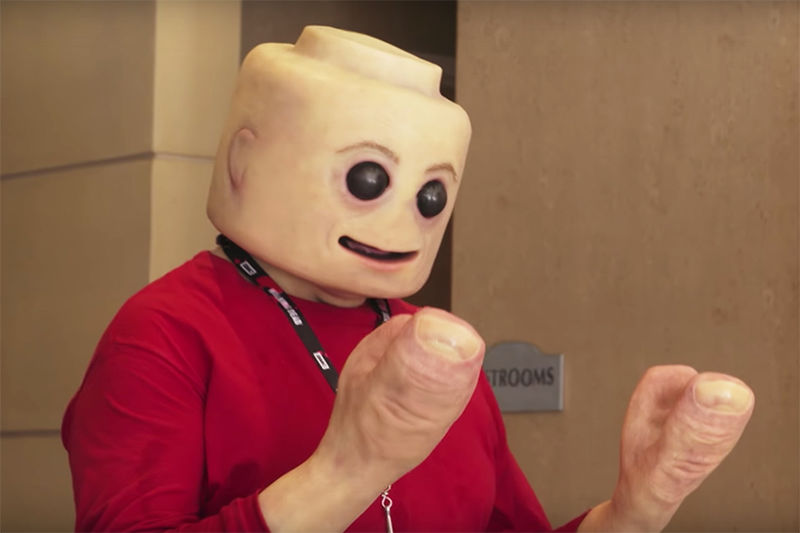 That didn't stop the 'Tested' team however, who decided to see what would happen if they were to bring a LEGO character to life by changing its traditional smooth yellow surface to be the color of human skin -- complete with discolorations and wrinkles.

Instead of the painted black dots for eyes and a curved line for a smile, Tested gave its rendition huge bug-like eyes and a mouth that's deeply ingrained into silicone skin. The resulting LEGO character is incredibly unsettling to look at, which garnered it immense attention at the San Diego Comic-Con event where it was shown.