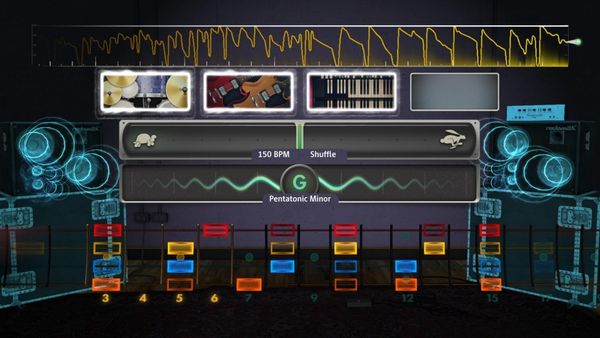 Learn to Play the Guitar with Rocksmith 2014

Laura McQuarrie — January 4, 2014 — Tech
References: rocksmith.ubi & incgamers
Share on Facebook Share on Twitter Share on LinkedIn Share on Pinterest
Ubisoft’s Rocksmith 2014 is a fantastic and super fun way to learn to play the guitar, or improve your guitar skills if you’re already a seasoned player. Rocksmith 2014 has several modes, with plenty of options for how you’d best like to learn. While learning to play a song, one particularly handy feature for beginners is the riff repeater, which has several controls, including the ability for players to adjust difficulty levels and speed up or down on a scale of 100, view previous mistakes or adjust error tolerance.

‘Session Mode’ is an inventive one that has four instruments to back you in a band during a jam session. This mode is a great one to test one of the songs you’ve been practising, or come up with something new on your own, with the support of your band. The ‘Guitarcade’ mode blends guitar playing with classic arcade and racing games, which is a great way to take a break from strict practice, while still appealing to one’s competitive side.