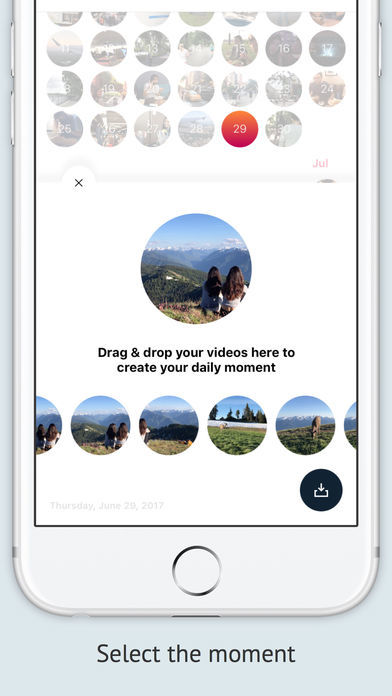 Joey Haar — October 17, 2017 — Social Media
References: itunes.apple & producthunt
Share on Facebook Share on Twitter Share on LinkedIn Share on Pinterest
Social media has made public documentation of people's lives all but ubiquitous, and 'Leap Second' is a new app that lets people share in a new, albeit limited, way. The app is essentially a video journal, but rather than serving as yet another medium for posting a life vlog, the app expressly prevents oversharing. Instead, users are kept to posting just a single second of video per day.

One second of video is little more than a still picture most of the time, and that's the point. The idea with Leap Second is to encourage people to focus in on the most interesting aspects of their daily lives — to make the app worthwhile, users have no choice but to distill their lives into the most salient moments.
1.1
Score
Popularity
Activity
Freshness
Attend Future Festival Virtual