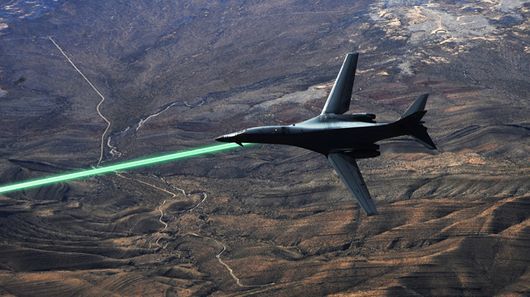 Rahul Kalvapalle — June 2, 2015 — Autos
References: media.ga-asi & gizmag
Share on Facebook Share on Twitter Share on LinkedIn Share on Pinterest
This ground-to-air laser weapon, being developed by General Atomics, is claimed to hold the world record for the highest laser output power of any electrically powered laser. Incredibly for an all-electric laser weighing just under 2,000 pounds, it consumes very little power.

The development of the laser necessitated the creation of special thermal storage systems, a compact battery storage system as well as the world's brightest laser diodes. The system is surprisingly compact, and is set to be deployed for field testing to further assess its capabilities.

Dubbed the High-Energy Liquid Laser Defense System or HELLADS, this laser is set to usher in a whole new era in the world of tactical weapons systems, and is tipped to revolutionize the military industry and provide a huge tactical advantage to the American military in its conquests all around the world.