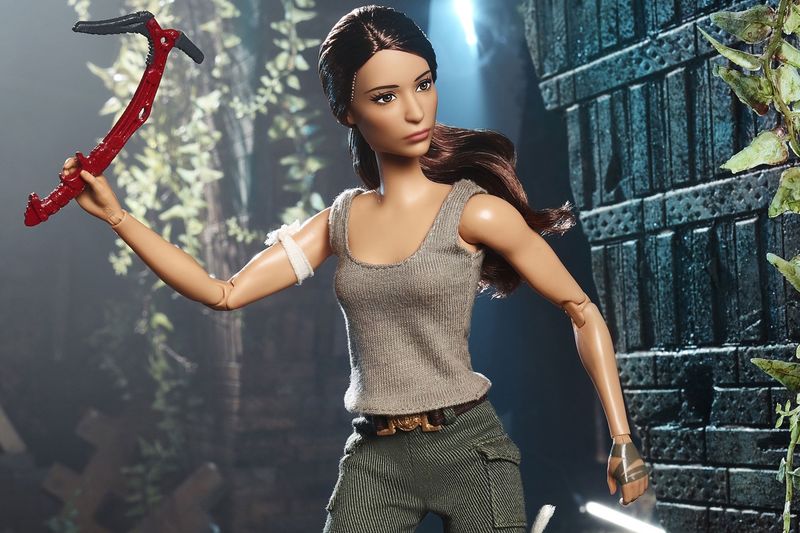 In the movie's newest iteration, the brave adventurer Lara Croft will be played by the actress Alicia Vikander. The new action-inspired Barbie shares a likeness to the actress and is sporting the character's iconic uniform that's comprised of baggy army green pants and a black tank top. In addition, this Barbie comes equipped with with a miniature axe, bandage, a journal and a doll stand.

This doll deviates from the standard delicate design of the barbie doll, to offer young girls an empowering and action-focused alternative.